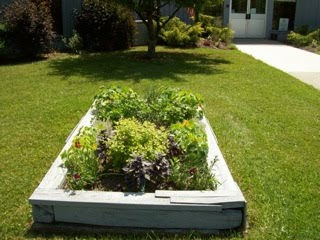 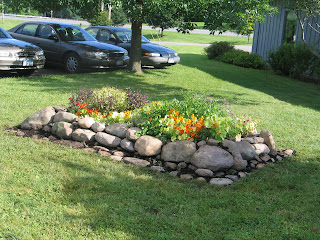 Posted by Gerry Benedict at 7:30 AM No comments: 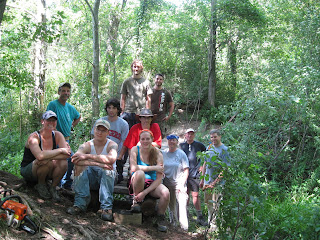 On the weekend of July 16 - 18th, I and two other Finger Lakes Trail representatives had a chance to work with five RIT (Rochester Institute of Technology) students and their two advisors repairing/rebuilding 8 bridges along the Bristol Hills branch of the FL Trail system near Prattsburg. It was a fun weekend filled with team work, jokes, swatting deer flies, avoiding poison ivy and getting the job done. 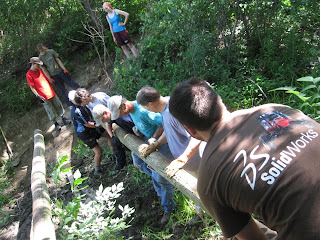 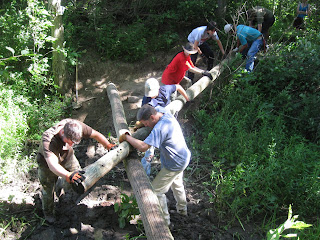 Posted by Gerry Benedict at 7:40 AM No comments:

Hanging Out in Pennsylvania! 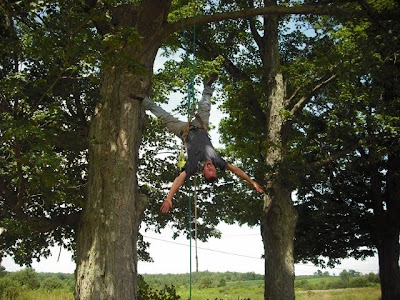 Our most recent communications from Jason who is visiting Todd and Denise in PA.

Posted by Gerry Benedict at 7:40 AM No comments:

State of the Vegetable Garden

A fine crop of shelled peas and snow peas were picked, then frozen for eating in the coming year. With hot days and multiple showers this summer, the garden is growing and maturing quickly. 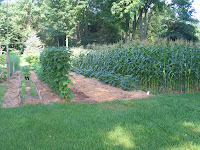 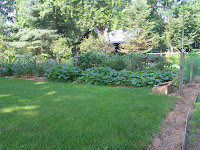 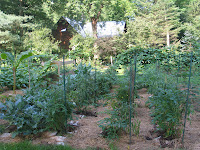 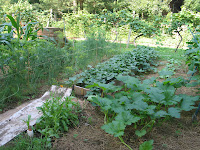 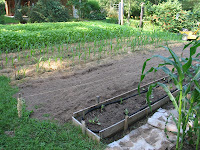 When the neighbor's driveway along with ours were put in years ago, they cut across the natural drainage pathway of water draining the field to the east of the drive ways. Eventually a culvert was installed, allowing the water to flow under the drive ways resuming the old drainage pathway. Unfortunately after a heavy rain the muddy field water made its way into the Milbenski farm pond causing excessive silting, algal bloom and odors. A solution had to be found.
Using our BBQ altar, Jason heated and bent a piece of angle rod to frame a crude valve that could be screwed down to slow the flow of flood waters. 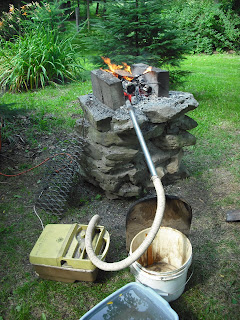 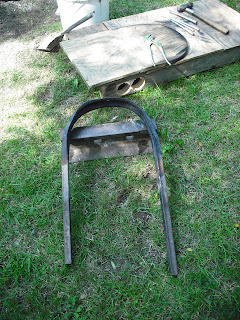 A heavy thunder shower dropped 1 inch of rain in 20 minutes. You could hear the water guggling and working it's way down the rows of corn heading towards the culvert. 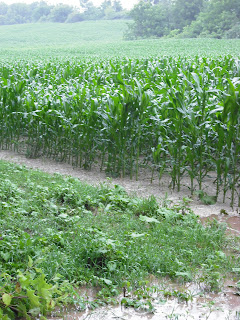 The flooding corn field
An open flood gate installed on the up stream side of the culvert. 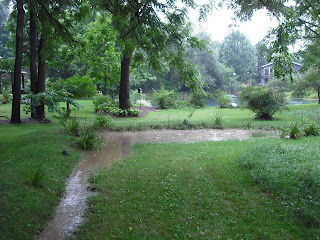 The Bialaszewski's rain garden holds flood water allowing it to infiltrate into the ground, preventing it from entering the farm pond beyond.

Posted by Gerry Benedict at 7:47 PM No comments: 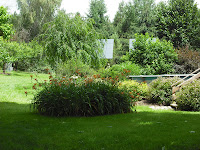 For rainy, cloudy June the backyard photovoltaic system generated 890 kilowatt hours of energy.
Our typical, monthly electrical energy use runs in the 550 kilowatt hour range.
The basement inverter indicates that we have prevented over 2000 lbs. of CO2 from entering the atmosphere to date.
Below is a photo taken off of my deskstop computer for the month of June.
The web site monitors of our daily energy production. 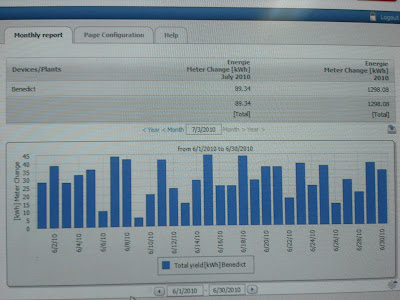 Can you tell the sunny days from the cloudy days?

Posted by Gerry Benedict at 8:03 AM No comments: