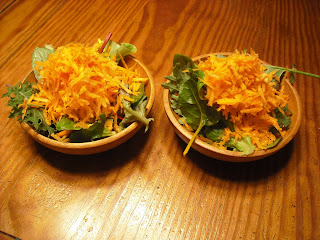 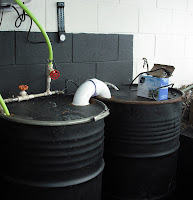 It has been fun harvesting lettuce, kale, broccoli & collard leaves from the green house since November. With a mulch base under the growing beds and a garden hose circulating water into the basement to a copper coil heat exchanger mounted over the furnace and then back into two water filled, black 50 gallon drums; the green house has been more productive than last year. 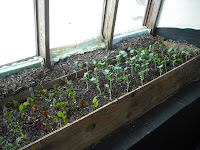 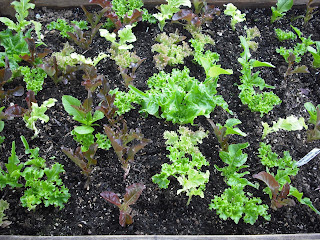 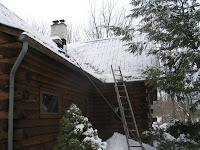 About 3am, Sue notice water dripping down the wall by the door of our back porch. We have had no real ice melting thaws since late Decemember, so water was coming in due to ice build up in the divide where the east/west roof, merges with the north/south roof. While removing snow with a roof rake and salting the ice, I was entranced by the how similar the ice on the roof was to photos I have seen of the Klumbu icefall that Mt. Everest climbers must cross in order to reach the summit. So out came the camera and below are two photos. One is a googled, pirated image of the Kkumbu icefall and the other is of my roof with penciled in figures.